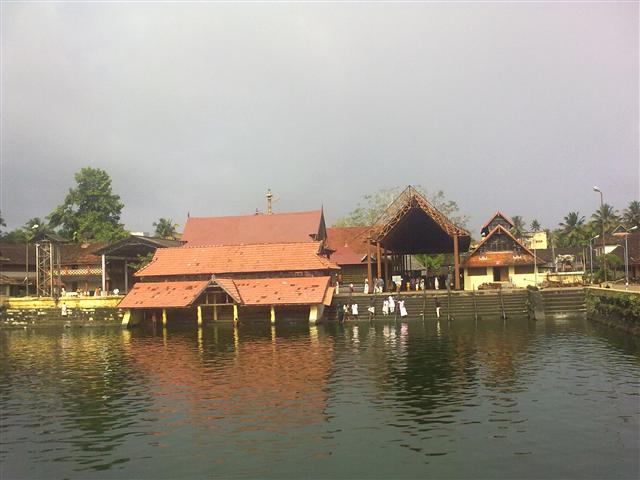 Ambalappuzha Sri Krishna Temple  is a Hindu temple in Ambalappuzha,Alapuzha district of Kerala, in south India.

The Ambalappuzha Sri Krishna Temple is believed to have been built during 15th – 17th AD by the local rulerChembakasserry Pooradam Thirunal-Devanarayanan Thampuran.

The idol at Ambalapuzha is likened to Parthasarthi with a whip in the right hand and a Shankhu (sacred conch) in the left. This temple is directly associated to the Guruvayoor Sree Krishna Temple. During the raids of Tipu Sultan in 1789, the idol of Sri Krishna from the Guruvayoor Temple was brought to the Ambalappuzha Temple for safe keeping.

The payasam served in the Ambalappuzha Temple is famous among Hindu devotees. This sweet pudding made of rice and milk has an interesting mythological legend behind it.It is believed that Guruvayoorappan reaches here daily at the time of Palpayasa Nedyam to have it.